Broadband connection have become an indispensable part in our daily life. Moreover, Gurugram is a metro city with numerous IT parks and commercial business centres where broadband plays a vital role. There are number of broadband service providers offering attractive packages for various level of usage and speed. 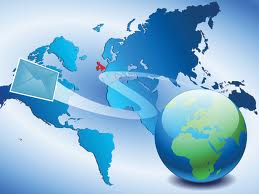 Some of the leading broadband service providers offering services in Gurugram include:

Thunder 549 plan- This is a basic home usage plan with a download speed of 1 Mbps, which the consumers can enjoy unlimited data usage and unlimited circuit breaker trigger.

Airtel is one of the major broadband service providers in Gurugram. It offers a wide range of package and offers, which you can choose as per your budget.

MTNL is one of the popular service providers which is actually a state owned enterprise in the metro city of Delhi and Mumbai.  There are various broadband packages like freedom 695, Unlimited data 999, Combo UL data 1899, TriB UL data 3499, TriB unlimited 749, and more. The consumers can choose their package as per to usage and speed limit.

Tikona broadband is the newly launched broadband connection offering first class services all over the India. There are three divisions like heavy usage, medium usage and light usage which the consumer can choose their plan as per their usage. The usage price varies according to the broadband speed and download limit. There is also additional offers and combo plans that would help to save you some extra charges.

If you are in search of suitable broadband connection it is best to contact the service provider directly, which they would assist you to get the connection as early as possible.

Explore more about Utilities and Services in Gurugram