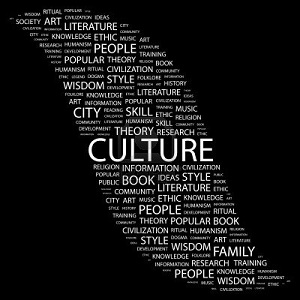 India as a country is known for its culture and tradition. Gurugram being an integral part of North India is no different. Gurugram too has a rich culture just like the other cities in India.

Inhabited by distinguishable ethos and traditionally employed in agribusiness, the city of Gurugram has seen a major change in the basic culture over the years. Gurugram now holds a substantial amount of professional community who moved into the city from other states and cities of India. Gurugram also houses a considerable number of international professionals who usually stay and work on work visa.

This migrant population of Gurugram played a key role not only in the development of the region but also enriching the culture of Gurugram. The kind of ethnicity that the city features created a strong influence on the culture part adding a wide range of festivals, cuisine, music, dance, drama and other arts.


Festivals and Events of Gurugram

Keeping the region and religious differences aside, the population of the city joins hand and comes together to celebrate the festivals and events of Gurugram. Owing to its close proximity Delhi, Gurugram attracts a lot of people from the neighboring cities to take part in the festivals of Gurugram.

Some of the popular festivals and events of Gurugram include Sohna Car Rally, Kartik Cultural Festival, Shopping Festival, gliterati - Gurugram’s first Art and Literary Festival, Masani Fair and so on. Apart from the regional festivals, Gurugram also celebrates all the national festivals like Diwali, Holi, Dussehra and so on.

Every year, there is an Utsav that happens in Gurugram, which focuses on Indian folk tradition and in 2013, it was celebrated as a three day festival of arts and folk. The “Gurugram Utsav” is sponsored by the Arts and Literature Foundation with the Municipal Corporation of Gurugram and the Department of Cultural Affairs, Government of Haryana. It attracts many people, and the entrance fee is free for everyone. This is a place where people and tourists get to know more about Indian culture and folk aspects.

There are museums that reflect the art and culture of Gurugram and they are preserved even today. Some of them are listed below:

Museum of Folk and Art:
As the name suggests, this museum portrays folk and art forms followed in Northern India, and it is founded by K.C. Aryan, one of the famous historians and Sculptors. For all art lovers, this is one best place to visit as it is founded by a historian and art lover himself.

The museum building looks like a farm house from outside. However, it captures many unknown traditions and culture of North India, Central India specifically relating to romantic and love stories. There are beautiful paintings, wall hangings, potteries, handicrafts and sculptures that explain historical moments through love. The Museum which was less known to travelers, and tourists are now becoming famous in recent times. For a historic expedition around Gurugram, Urusvati Museum needs to be on the schedule.


Language and Literature in Gurugram

Owing to its multicultural population, there is no wonder in looking at the fact that the language of Gurugram is also multilingual.

The most common language of Gurugram is Hindi. However, the language spoken by  Meos (inhabitants of Mewat) is Mewati,  an Indic language of Rajasthan. The language of the northern and western parts of Gurugram is predominantly Ahirwati, again a language influence from Rajasthan. The eastern part of the Gurugram where Jat people (a large group of non-elite cultivators and herdsmen in North India) speak Braj Bhasha, which is a western Hindi linguistic communication intimately associated to Hindustani.

The type of poetry observed in Gurugram is known as “Raagni”, which is popular form followed in Delhi, Haryana, Eastern Rajasthan and Western Uttar Pradesh. Surya Kavi Pandit. Lakhmi Chand is considered as Haryana’s Shakespeare.

The population of Gurugram primarily comprises of Hindu people. Some of the other religions of the city include Jainism, Sikhism, Muslimism, Christian religion and few other religions. Furthermore, the millennium city houses numerous religious sites like gurudwaras, churches, temples, mosques and so on.

Tout ensemble, Gurugramites will certainly feel proud about their singular culture while welcoming and supporting other cultures in the region.