Gurugram is a city of skyscrapers, technologies, money and incomparable growth. But any discussion about Gurugram cannot be completed without the mention of one of the biggest building industries of this country which has played a huge role in making Gurugram what it is today, the Delhi Land and Finance Corporation, more popularly the DLF. 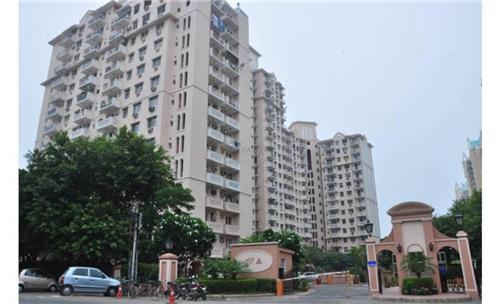 Delhi Land & Finance Limited more popularly known as the DLF is the largest commercial real estate developer in India. Owned by Raghvendra Singh the company has a market in the city of Gurugram. DLF has been involved in large scale construction of commercial complexes, office for huge corporates, shopping malls as well as residential colonies in the city of Gurugram. DLF has an excellent  track record spanning over 60 years of customer satisfaction.

DLF's primary business is development of residential, commercial and retail properties. The company has a unique business model with earnings arising from development and rentals. From developing 22 major colonies in Delhi in 1950’s, the DLF is now present across 15 states-24 cities in India. DLF is credited with introducing and pioneering the revolutionary concept of developing commercial complexes in the vicinity of residential areas. DLF has been successful in launching commercial complexes and has made its presence felt across Gurugram and India. DLF is the largest in terms of revenues, earnings; market capitalization and developable area when it comes to real-estate business. Today their projects include development and construction of homes, offices, hotels, and commercial complexes and retail complexes, and SEZs.

Founded in 1946, DLF was responsible for developing some of the first residential colonies in Delhi. Following the passage of the Delhi Development Act in 1957, which transferred the control of real estate development to the government and banned private players, the company started acquiring land at low prices in areas outside the control of DDA, particularly Gurugram. DLF’s important project, DLF City, Gurugram is built over 3000 acres and is an integrated township comprising  commercial, residential, and retail properties. The township is equipped with with schools, hotels, hospitals,  and shopping malls. It also boasts of the prestigious DLF Golf and Country Club with night golfing facilities.

DLF City, is Asia’s largest private sector satellite city that was started in 1985 and remains one of the most prestigious projects to date. The DLF City offers every kind of luxury and hence the residential areas in the DLF City are popular among the people who have decided to settle down in the city of Gurugram. The city has been divided into phases and is laid out in a very organized architectural manner.

In 1950, DLF commenced with the construction of 22 urban colonies, which were some of the first residential colonies in Delhi. In the late nineties, DLF entered the construction business with building office spaces and its first project was in Gurugram. It was followed by retail complexes and DLF Cyber city in 2002 and 2003 respectively.

The world of business is changing every day. DLF has taken advantage of the situation by enhancing India Largest Integrated Business District by making it larger and better integrated with its new endeavor the DLF cyber city.

In today's scenario, one of the most important things for any company is the ability to give their employees the perfect work-life balance. That is why "Cyber Hub" spread over 2 lac square feet offers a one stop destination for the best and popular restaurants an amphitheater for live entertainment and lots more.

This 8.3 km stretch with underpasses and freeways substantially improve the traffic management for ingress and egress to DLF Cyber city. And this is made possible by a signal-free corridor which DLF is building in close association with Haryana Urban Development Authority. Even after three decades of its being the DLF city of Gurugram still is one the best attractions of the place and a place to settle down and an envy of other such establishments.