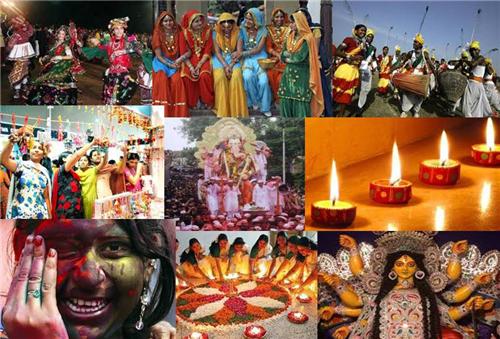 Festivals are the mark of our culture and heritage and we Indians love to celebrate festivals with great pomp and show irrespective of race, age, caste and creed. Gurugram is also not left behind in celebration. Despite of being given the tag of “Millenium city” owing to its blindfold pace of growth and development, when it comes to celebrating festivals, Gurugram welcomes its festivals with open heart. People of Gurugram celebrate their festivals with much vigor and enjoyment which also refreshes them from the hectic and monotonous schedule.

Lohri marks the onset of winter and is celebrated in the month of January, a day before Makar Sankranti. Lohri is mainly worship of Agni or Fire. People walk around bonfires and give sweets, puffed rice, pop corns into the fire, sing songs and exchange greetings. After the Puja, Prasad is distributed which consists of Til, gajak, gur, phuliya etc. Children go from door to door to collect Prasad and have fun.

Holi is celebrated in the month of March and is one of the widely celebrated festival among the Hindus  not only in India but outside India as well like Nepal, Malaysia, some parts of US etc. Holi starts with a ritual known as “Holika Dahan” in which bonfire is lit using woods and other combustible substances. People sing and dance around the bonfire at night. The history behind Holika Dahan celebration is that once there was a cruel king Hirynyakashyap who was blinded by pride due to his immense power and started considering himself as a God and wanted everyone to worship him. His son Prahlad didn’t comply by his father as Prahlad liked worshipping Lord Vishnu. This angered Hiranyakashyap and he ordered murdering his son in hands of demon Holika. Holika had special powers that avoided her from getting burnt in fire. Holika took Prahlad in her lap and sat on burning fire, but Holika was burnt alive instead of Prahlad. This marks the win of good over evil. On the second day people are free to play with colors with anyone and everyone. People forgive and forget old grudges and come together to celebrate this festival merrily. It is said that playing with colors originated from Lord Krishna, when he played colors with Radha and Gopis.

Baisakhi is celebrated not only by the Punjabi and the Sikh community in Gurugram. This festival falls usually on the 13th of April. The history behind Baisakhi celebration is that in the year 1699 on this day, the tenth Guru of Sikhs, Guru Gobind Singh, founded Khalsa or the order of the pure ones. The Sikhs and the Punjabis visit Gurudwara and read their holy scriptures. Prasad is given to the devotees in the form of kada or sweetened semolina. In the afternoon people gather for langar or the community lunch. Farmers pay tribute to God and thank him for the rich harvest and prosperity and pray for future prosperity on this day. Men and women break into their traditional dance of Bhangra and Gidda.

Teej falls on the third day after Amavasya (moonless night). This festival is celebrated between the late July and early August. Teej is celebrated to mark the onset of rainy season. Women apply heena on their hands and feet, and pray for the wellness of their husbands. The name of this festival Teej is derived from a strange fact, Teej derives its name from a small insect that comes out from the soil after the first rain. Puja is done by keeping thali, with variety of foodstuff on the place of worship which is a square drawn on ground. An Idol of Parvati is also kept on the square. In the evening the ladies sing and dance together.

Janmashtami is celebrated in the month of August worldwide on account of birth of Lord Krishna. Devotees keep fast whole day long until midnight and at night indulge in listening to Kathas or stories of praises for Lord Krishna. The image of infant Krishna is bathed in water and placed in the cradle at night.

Gugga Naumi is celebrated on the day after Janmashtami in Gurugram. This festival is celebrated on account of the great saint Gugga Pir. As per the folklore, Gugga Pir used to cure people of the snake bite, which was a menace those days. Gugga Pir has a shrine dedicated to him in Dadrewa near Ganganagar, Rajasthan.

Diwali is known as the festival of lights. It is celebrated between the month of October and November by the Hindus. It begins with Dhanteras which is two days before Diwali and ends with Bhai Duj which is two days after Diwali. It marks the victory of good over evil. The history says Diwali started from the welcoming celebration of Lord Rama in Ayodhya when he returned home after defeating Ravana.

Dussehera is known as Navratri in Gurugram and is celebrated in the month of October. Though there are many versions of stories behind Dusshera celebration, the one which is widely accepted in northern India is the victory of Lord Rama over the evil Ravana who had abducted Lord Rama’s wife Sita into his kingdom. This festival is celebrated by burning effigies of Ravana and plays and dramas based on Ramayana is performed called Ramlila. 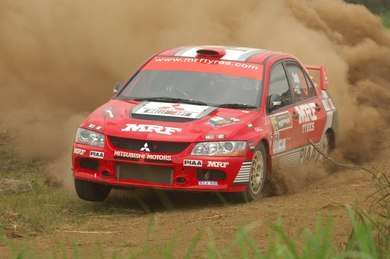 Held every year in the month of February, this car rally has been attracting tourists, particularly car lovers from all across the country. Cars of yesteryears head to Sohna, a beautiful hilly spot. A visit at this time of the year enables tourists to witness many motoring glories of the past. It is one of the major events of Gurugram.

Yet another initiative of Haryana Tourism coupled with the help and cooperation of other allied agencies, this fair aims at reviving the folk arts and martial arts that were on the verge of extinction. It showcases the different classical forms of Indian music and dance along with various forms of folk theatres. A visit to Cultural Festivals like these helps us to get acquainted with the essence of this nation known for its variety and diversity in every sphere.

Explore more about Culture of Gurugram