Are you thrilled to get into any of the amazing destinations around the country? Venture into Gurugram, one of the popular cities situated in the National Capital Region. This beautiful city holds a number of shopping malls, historical monuments, star hotels, parks, business centre and much more. Gurugram has become a favorite place for foodies who love to taste different kinds of international cuisines in the city

Being a cosmopolitan city, the food of Gurugram enables the people to acquire the taste of native Indian food. In order to cater the requirements of the tourists, a large number of restaurants have been established in the city. The popular North Indian food items of Gurugram include Dal Makhani, Butter Chicken, Kebab, Shahi Paneer, Cottage Cheese and Saffron Milk. People who are interested to taste some spicy food delights in the city can get Samosa, Golgappa, Aloo Tikki, Bread Pakora, Fruit Chaat, Dahi Bhalla and Pav Bhaji. These types of chat food items are sold by a large number of mobile food vendors located in various areas of the city.

Gurugram is famous for its North Indian food that is characterized by its thick and amazingly tasty gravies. Most of the people in the city are vegetarians and they prefer to take lot of spicy delights to experience the exotic taste of cuisines. North Indian Dishes also include sweets like Barfee, Kaju Katlee, Jalebis, Laddoo and much more. Many tourists would love to taste the Chinese food specials like chow mein, Nepalese dumplings (momos), egg rolls, noodles and so on. The sweets available in Gurugram are popular in all the cities and they are purchased by a large number of tourists and food lovers. Now, let us look at some of the special delights of Gurugram below: 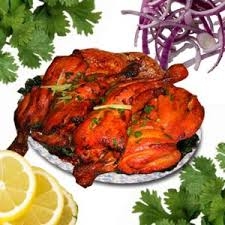 One of the favorite dishes among the people in the city is Tandoori Chicken which is traditionally prepared in a cylindrical clay oven. This is an Indian dish consisting of ingredients like Cayenne Powder, Red Chilli Powder, Paprika (sweet red pepper powder) and Turmeric Powder. The main part of the dish is to cook the chicken at high temperatures in a clay oven or barbecue grill.

Also known as Murgh Makahani, Butter Chicken is one of the most recognized dishes in the Indian culinary. This butter chicken is well known for its mouth watering taste and appetizing aroma enabling the people to get mesmerized by its taste. Moti Mahal Restaurants has a remarkable history of serving delicious North Indian cuisines in the city. The restaurant has bagged awards for the invention of the famous Paneer Lababdar, Dal Makhani and Tandoori Chicken. 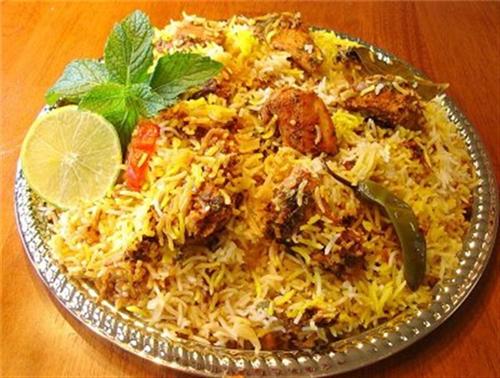 The Mughlai Recipes has been developed by the Mughals of Turkish-Persian origin during the period of 16th century. Moreover, the Mughlai cuisines quickly spread over Uttar Pradesh, Delhi, Pakistan, Hyderabad, Gurugram and Bangaladesh. People in the city started to love the taste of Muglai recipes as they contain a distinctive aroma and variety of spices. Usually, the people will include ingredients like aromatic spices, nuts, raisins, milk and cream to create royal dishes garnished with rose petals and sliver foil. Mughali dishes include various vegetarian dishes such as Nehaari, Paaye, Mughlai Chicken, Butter Chicken and Murg Tandoor. 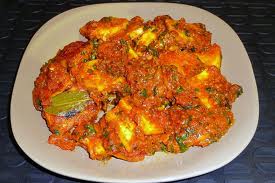 Tandoori Paneer Tikka is considered to be the popular Indian dish that is prepared from the chunks of paneer marinated in Tandoori masala. First, the paneer has to be grilled in a tandoor (clay oven) and seasoned with lemon juice & chaat masala. The Paneer Tikka is served in many of the restaurants with mint chutney or sauce. International fast food chains like Pizza Hut, Dominos and Subway have also incorporated paneer tikka in their menus in which they use for topping on the pizzas.

There are number of amazing restaurants in the city which serves mouth watering delicacies to tourists. People can also taste many varieties of cuisines like Italian, Mexican, Chinese, Thai specials in the restaurants of Gurugram. The top restaurants of the city are Zodiac, Earthern Oven, Fortune Deli, The Oriental Pavilion and Nostradamus. These restaurants offer the best North Indian cuisines and other special delights to all the foodies around the world.

If you are bored with their daily food menu, then make sure to visit any of the fast food in Gurugram. Further, the city houses few popular global food chains like Costa Coffee, Domino’s Pizza, KFC, McDonald's and Pizza Hut around the place. Added to this, the services offered by the food chains are appreciated by all the people as they offer door delivery to any corner of the city. These food outlets attract a lot of business travelers and earn huge bucks all throughout the year.