The country is swooned by the ‘mall culture’. Gurugram is known for its classic and niche infrastructure. During the MNC boom in the country, Gurugram emerged as the software and IT hub of North India. People from different parts of the country have made Gurugram their home. Thus, to cater to varying needs of people there is a wide variety available in the forms of entertainment.

The other thing that Gurugram is extremely famous for is plethora of malls. From big to small, domestic to international brands, you name it and the malls would have it. Malls have emerged to be the one stop solution for shopping, entertainment and food. They give the customers the facility to get what they want under the same roof. 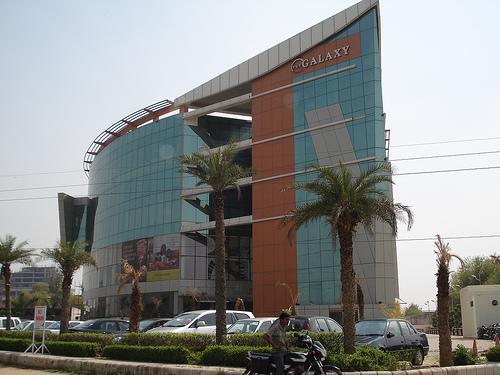 Galaxy Mall Gurugram is among the many malls that adorn the landscape of the city. But The Galaxy Mall is not just a shopping mall, it is way beyond that. It is a combination of shopping mall, hotel and spa. In fact the mall was the first to have a shopping mall and spa under the same roof. It is a great place for recreation and shopping. The mall’s popularity can be guessed from the ever increasing footfall. People from different parts of Delhi and Noida head to Galaxy Mall for their shopping and leisure needs. Apart from the luxury hotel, spa and other facilities, the mall offers an amazing line up of exclusive showrooms from famous designers dealing in women’s fashion. The range of restaurants in Galaxy Mall offer world class cuisine – Chinese, Thai, Asian, European, Lebanese and North Indian. The mall also has a delectable café and bakery and various pubs that guarantee a great deal of entertainment. The Galaxy Hotel offers a luxurious and comfortable stay. Some of the other facilities of the hotel include - multi-cuisine restaurants and convention center.
Now talking about the parking facility in the mall. The mall has a front and a rear parking area at ground level which is highly safe.

From apparels to shoes, accessories to restaurants, you’ll get it all under one roof. Galaxy Mall understands the varying needs of its customers and fulfills them in a highly targeted manner. The main categories of shops in the mall are –

Given below is the list of shops in Galaxy Mall Gurugram.

One can relax, shop and dine in style all at the same time and under the same roof in the very popular Galaxy Mall Gurugram.

Galaxy Mall is strategically located on the Delhi-Gurugram expressway, just behind 32nd Milestone. Because of its central location you can easily reach the mall by both public and private transport.
Nearest Metro stations – IFFCO Chowk and HUDA city center are the two nearest metro stations at a distance of 2.4km and 2.2km respectively.

Explore more about Shopping in Gurugram