Gurugram, the millennium city of India is located in the National Capital Region (NCR); that is, in a close proximity to the capital of India, New Delhi in the northern state of Haryana. Until two decades ago, the city of Gurugram hardly existed; therefore, the city can be regarded as a relatively new city when compared to the other urban centres of India. Today, the city is looked at as one of the most happening cities of India with skyscrapers all around, swish localities, giant shopping malls, office cabs plying around the clock, Gurugram proving to be a bustling city. Gurugram has now become an important place for tourism especially if people area visiting Delhi NCR.

Furthermore, the last decade commenced to portray Gurugram as a commercial hub as the city houses a wide assortment of industries ranging from information technology, automobile, food, mechanical, chemical, pharmaceutical to many other industries. The city has become a preferred base for information technology companies as Gurugram houses, almost half of the fortune 500 companies and many other companies that are having their headquarters right in the city.

Even though, Gurugram is projected as a commercial hub, the city offers quite a few fascinating tourist attractions which guarantees a trip to Gurugram will unquestionably be worthy of your expectations and your bucks. Not only that, the city is well equipped with accommodation facilities and transport facilities that visitors will find it very comfortable spending every minute in the millennium city. The tourist attractions of Gurugram will never stop to amaze the tourists as every single place is unique in its own fashion.

The city proudly referred as the millennium city offers a long list of attractions, which falls under the category of arts and entertainment, history and culture, religious sites, nature and wildlife sites and more. Find below some of the most popular tourist attractions of Gurugram.

Although Gurugram is not a city that sports a lot of nature and wildlife spots with a wide variety of flora and fauna, the city will not neglect the nature buffs. For a bustling and booming city like Gurugram where it operates in a fast-paced manner round the clock, finding a wildlife spot is going to be a big deal. Nevertheless, the city of Gurugram is highly concerned about its wealth of nature and does whatever it takes to preserve those spots.

It has to be said that the city of Gurugram has empathized the importance of preserving nature or wildlife spots in the region, and the city administration extends its hand to preserving and upgrading of the nature spots. The list of best wildlife or nature spots of North India will never be complete without Sultanpur Bird Sanctuary.

The exclusive national park of Gurugram, Sultanpur Bird Sanctuary is located just 15 km away from the city centre and attracts thousands of visitors from all over the country. The sanctuary is the home of more than 250 bird species, many of them being resident birds while some of the species migrate from locations like Afghanistan, Europe and Siberia. With accommodations and a long list of other facilities, Sultanpur Bird Sanctuary is definitely a big name in the popular picnic spots of Gurugram.

Preferred by: Bird watchers (ornithologists) and Nature fans
Approximate time required for the visit: 2 to 3 hours

The other distinct feature of the bustling urban centre of Gurugram is its religious side.  As majority of the city's population comprises of Hindus, the city also accommodates a considerable number of followers of religious beliefs, which include Christianity, Muslimism, Baha'i, Sikhism, Jainism and Buddhism. The city which is scattered with numerous skyscrapers, classy shopping malls and other commercial centres have an equal number of religious sites like temples, churches, gurudwaras, mandirs, mosques and many other sites.  Furthermore, religious sites of Gurugram is one of the main sources of tourist attractions where the sites like Sheetla Mata Mandir attract thousands of visitors from all parts of the country throughout the year.

Some of the most visited religious sites of Gurugram include

In the history book of North India, the pages pertaining to the city of Gurugram holds high importance. Historical accounts say that the region was owned by the Kauravas and Pandavas which was then presented to Guru Dronacharaya as Guru Dakshina. Moreover, the fact that the region was under the various kingdoms is responsible for the rich history of the city. Owing to its historical background, Gurugram houses numerous arts and history spots, which takes the visitors to good old ancient days of the region. 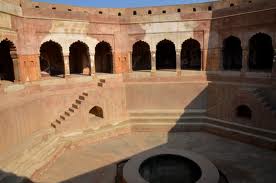 Some of the popular art and history spots of Gurugram include

Preferred by: History lovers, Cognoscentis
Approximate time required for the visit: 2 to 3 hours

Getting around Gurgoan is not going to trouble the visitors as the city offers too many transportation options. You don't have to depend too much on autos and cabs, if you are travelling to Gurugram as metro services are very good. Intercity mini buses are available in plenty that ply between Gurugram bus stand and mall area, and they usually charge Rs. 20 per head. Auto/rickshaws can be hired at any point within the city and considered as the easiest way of transportation in Gurugram.  Metro train services in one among the most preferred transportation in the city apart from the taxi/cab services.

The millennium city of Gurugram offers numerous accommodation options to the visitors. The city houses all types of hotels to suit the financial ability of the visitors starting from five-star hotels to budget hotels. Some of the most popular hotels in Gurugram include Leela Kempinski, Anya, The Bristol Hotel, Country Inn and Suites, Crown Plaza, The Acura BMK, Central Blue Stone by Royal Orchid, Anand Villa Guest House, The Angel Hotel and so on.

With several religious spots, shopping malls, markets, art and history centres, cultural spots and what not, Gurugram will live up to your expectations. The probability of visitors coming back to visit the millennium city of Gurugram is extremely high!