Gurugram has one district Jail, which has inmates who commits crime within the jurisdiction of Gurugram. The Central Jail of Gurugram is known for its several innovative methods of transforming criminals into better individuals and trains them with special vocational skills. 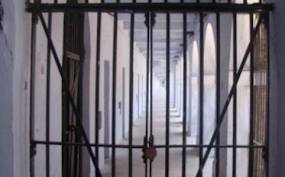 Below are some of the facilities given to Gurugram Jail prisoners

According to the Good conduct prisoner’s act by Haryana Government, the hardcore criminals are allowed to attend the marriage, birthday or other functions of their family with a maximum time frame of 48 hours provided he has spent a minimum of five years in Jail and his conduct during these five years has not been unlawful.

IGNOU (Indira Gandhi National Open University) has set up education programs in the Central Jail Gurugram to facilitate the prison inmates to study and acquire higher qualifications after 10+2 so as to provide them better employment opportunities after the release from the Jails. About 692 prison inmates have already been enrolled for study under this facility.

Many Vocational courses like Carpentry, Bakery & Confectionery, Welding technology, Plumbing, Cutting, and Tailoring etc. has been introduced in the Gurugram Jail so that the prisoners are able enough to earn enough for their own and their family after they release from Jail.

All the prisoners in the Jail in Gurugram have been allowed to open savings bank account in nationalized bank so as to credit the wages they have earned by working in the Jails.

Video conferencing facility has been introduced on so that the inmates can appear before court from Jails which cuts on the expenditure of carrying them to the courts and also minimizes the risk of escapades.

Bhondsi Jail in Gurugram is one among just a few of the jails in India that conform to the Supreme Court directives on the treatment of children imprisoned with their parents (Justice Iyer Committee 1986).

Implementations are going on to computerize the Gurugram Jail, which would enable to store the records of criminals which were earlier perishable. Gurugram Jail is also planning to upload the details of all its inmates online.

Medical staff are recruited to take care of the inmates of Gurugram Jail and preference is given to the retired doctors by giving them re employment.


Explore more about Administration in Gurugram