Kingdom of Dreams – A Euphoric Catapult!

With globalisation, Gurugram had an unexplainable or undeniable surge. Along with it came relocation or moving-in of many multinationals, commercial enterprises. Within a short span of time, Gurugram became a much sought-after real estate in the NCR. Gurugram, with its regular churning-in of population and super good connectivity with Delhi, fast emerged from being a sub-urb to be a city in itself. Proximity to the international airport and infrastructure boom changed the face of Gurugram which sports all the fanciness of ‘neo riches’. National and international themed restaurants, rest-o-bars, gaming area started dotting along the sectors of Gurugram, ‘Kingdom of Dreams’ is one such....

‘Kingdom of Dreams’, as the name suggests is a dream destination which encapsulates and gives you a sneak peek into “Incredible India”. This place turns out to be the quintessential podium at par with global standards. One has to be there to believe the brilliance.

The idea behind this entire concept was to provide a massive awning to promote the heritage of art and culture rich India. It is a fusion of passion, foresight, and grandeur to emblazon the best of our country. Unimaginable is the gravity and latitude, in terms of conceptualisation of creating a magical journey through the rich and diverse cultural heritage of India. This destination envelopes the art, entertainment and cuisines in the best possible manner and under one roof.

Having been launched in 2010, with its brand ambassador as Shahrukh Khan, there was no looking back. If you are at Kingdom of Dreams, there is nothing but brimming entertainment. This plush, impressive, imposing structure is a true benchmark, which retains the sheen of our ethnic culture. The whole feel is very Indian, yet the quotient of glitz and glamour is intact. 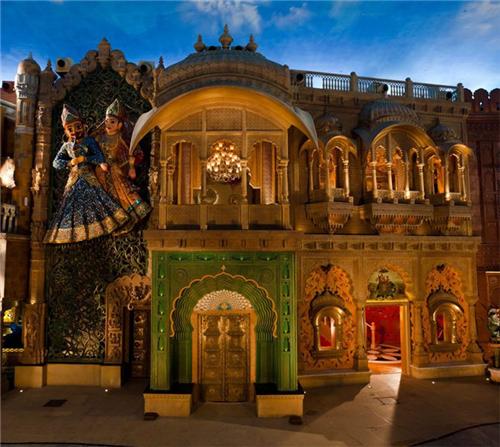 This place is filled with elements of surprise with four different segregations, the Cultural Gully, Nautanki Mahal, Showshaa Theatre and the IIFA Buzz Cafe, each emanating its own unique flavour.

The Cultural Gully, is artistically designed and exhibits the culture, art, craft and cuisine, beyond imagination. A food street with theme-based restaurants reflecting each state, right from Rajasthan, Kerala, Assam, Mumbai, Hyderabad and many other. To get a natural tinge to the set up one can see a casually parked truck outside the Punjabi pavilion, a boat house in the Kerala pavilion, such is the detailing. If you wish to experience the authentic flavours of different states, you will be enthralled by the variety it has to offer. Even the roof looks like an artificial sky adding to the mesmerising ambience of the place. It does not stop with just this, Puppet shows, Bhangra, Kathak all being performed at regular intervals add to the complete rustic flavour. If you are one of those shopping freaks, you will go berserk on the art, craft, jewellery and ethnic clothes at this gully. 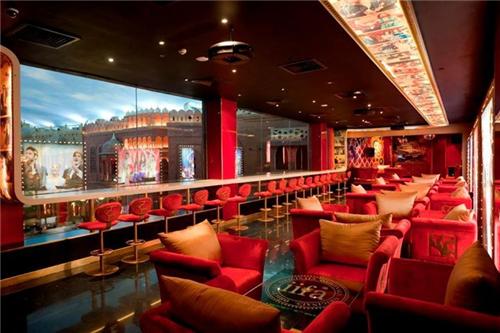 The IIFA bar, promises a complete and unadulterated Bollywood experience. The glamorous decor, scintillating music adds to the ‘oomph’ factor of the place. Posters, star memorabilia, records are all set to startle you. It has a restaurant attached with a bar and a glittering spirit.

Nautanki Mahal, all of us at one point of our lives wanted a pixie dust moment, a transformation in to a magical world. It will all come true at this utopian land encompassing two huge theaters, with live performances. These theaters use the state-of-the-art technology and catapults you in to a land of wizardry. A massive auditorium with a holding capacity of 835, which caters to both national and international audience as well as performers. Revolving stages, lighting and sound at its best, automated fly bars, a look that mimics a ‘royal palace or one of the extravagant award function sets, leaves you awe struck. 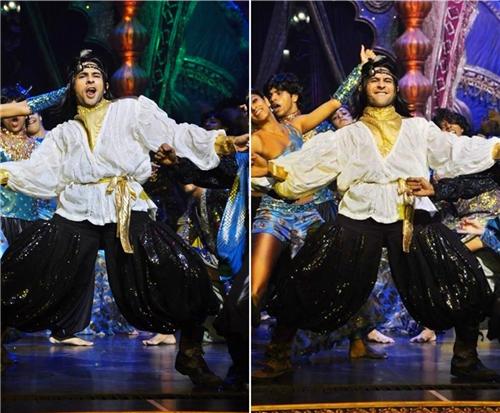 ‘Zangoora’ and ‘Jhumroo’ are the two live shows performed. Zangoora flashing the typical bollywood style of shows and songs, while Jhumroo is a tribute to Kishore Kumar, walking you through magical evergreen melodies. Both set to dazzle you with its enthralling performance choreographed and performed by renowned professionals. The whole plot is well spun in such a way that all the songs fit in to the situation aptly. One can see inconceivable aerial shots, incredible dance performances in air and 3D mapping patterns.

'Showshaa' is an amphitheatre, primarily built for the purpose of hosting conferences and meetings with a seating capacity close to about 250 people. It uses state-of-the-art technology with kirky flying systems, hydraulic stage lifts, live sized LED walls that give a 3D effect. This place is set to get shake you from the dull, monotonous boardrooms and swing you in to a different plane.

Currently 'Wizwits', Great Indian Nautanki company's 3rd production, is being staged at Showshaa, an interactive funny and magic filled musical fantasy. Kids are sure to enjoy the show, with witches, magical potions and flying bats. A clever and gripping weave of plot along with songs. It is scripted and directed by Bubbles Sabharwal and Lushin Dubey. The whole magic begins at the madcap wonderland of the ‘Poo Poo’ hotel.... and the rest is for you to discover.

The tag line Of Kingdom of Dreams being “ A spectacle so grand that it can fit only in your dreams” is but true. ‘Be there and live your dream in this fantasy land’. A sense of euphoria prevails at this carnival.......

Explore more about Entertainment in Gurugram