Gurugram, proudly called as the 'millennium city of India' is located on the outer boundary of the Indian capital. The urban centre has developed into a prime point of information technology giants, assorted industries and various other business enterprises. With forward-looking infrastructure, close proximity to the international airport and presence of NH-8, Gurugram has attained significance among multi-national corporations to establish their presence in the city. Gurugram is comprised of numerous important localities, which are unique in their own way.

Mehrauli-Gurugram Road, shortly called as MG Road is widely looked at as the lifeline of the millenium city of Gurugram for the very reason that the road accommodates several corporates, shopping malls, residential settlements on both the sides of the road. Also, MG Road in Gurugram is fondly called as the mall mile as the road is the home of numerous shopping malls located all across. 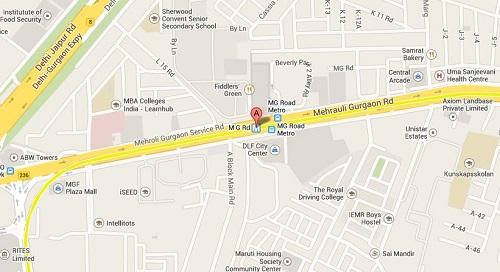 MG Road is well known locality of the city of Gurugram, which underwent rapid development in the early 90's. MG Road is located in such a way that it is the first name that comes to the mind of investors. In addition, MG Road is fortunate to enjoy the easy accessibility of three metro stations, which include
What is more, the biggest advantage of all is that MG Road is just 15 minutes away from the Indira Gandhi International Airport. The locality is presently the hot cake for a lot of state of art residential proposals, giant shopping malls and other investors.

Gurugram MG Road has several shopping malls that houses top national and international brands. From jewellery to shoes, from bags to cosmetics - the malls in Gurugram will not disappoint you.

MG road is the most commercial and popular part in Gurugram. Most of the people who come for business and leisure prefer staying in the hotels in Gurugram.

Tout ensemble, Mehrauli-Gurugram Road (MG Road) is one of the booming localities in Gurugram that is marching with pride towards the list of most preferred localities of the region.