Utilities and Services in Gurugram

The millennium city of India, Gurugram is a distinctive urban centre that is considerably fitted out with a range of public utility services for its masses. India, being the largest democratic country in the world, it is arranged by systematic planning and combined effort that every member of the society is fully qualified to expect and enjoy good living conditions from the government or administration. In point of fact, it is one of the responsibilities of government to extend all essential public utility services to its citizen. 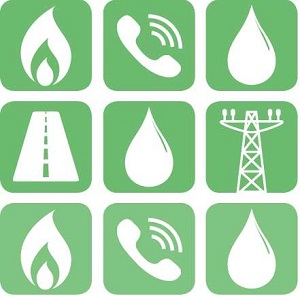 Banks and ATMs in Gurugram

Gurugram being a commercial hub that houses a wide range of industries like automobile industries, mechanical industries, chemical industries and many other small, medium and large scale industries, large sums of money dealings are a daily affair. Also, the city experiences the social process whereby the growth is happening on a daily basis, Gurugram is now a city with the 3rd most eminent per capita income in the country. Banks play a crucial role in an industrial centre like Gurugram as the city is the official address of a lot of nationalised banks and private banking companies.

Press and Media in Gurugram

Popular newspapers, news websites, magazines that operate and bring out editions from the city of Gurugram include

The city of Gurugram features an excellent network of postal services that offer a ide range of postal services and products. In addition, the city houses several private courier service players who are reputed in the business. Find below the location and contact details of head post office in Gurugram

Apart from the primary function of district administration, the Municipal Corporation in Gurugram extends a broad spectrum of public utility services, which include birth/death registration, old property records, property transfer, trade license, RTI application, marraige registration and many other services.